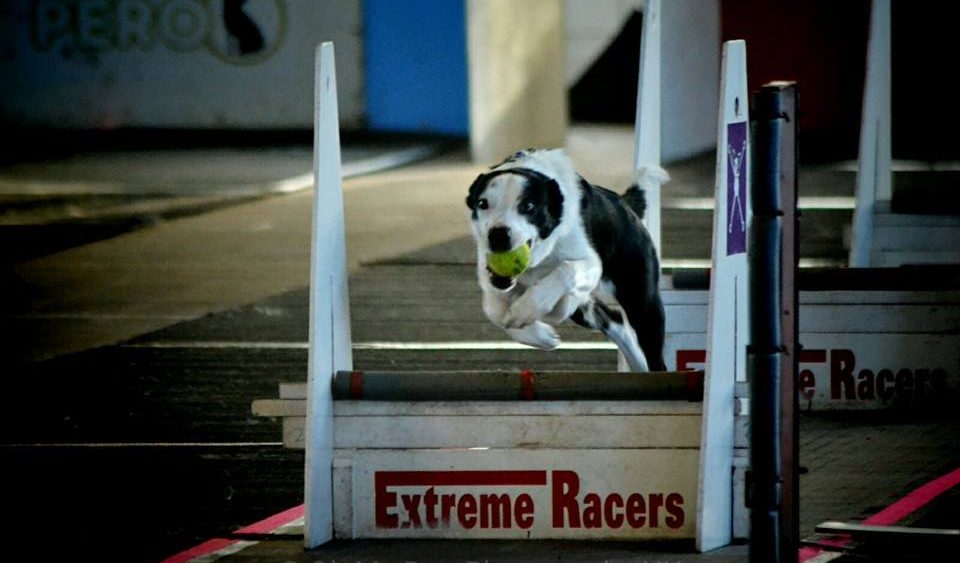 Over the past two months we have raced at our own hosted competition and a Gala, at the Gala we did a demonstration of what flyball is. It was a fun dog show to raise money for a local charity (RSPCA) and have a go at agility which the donations also went to the charity.

At the Gala we organised 10 dog show classes, such as judging the prettiest bitch and a “musical chairs” type contest. We had lots of dogs and their handlers join us, everyone loved it and all the dogs enjoyed Pero’s treats that were given out as prizes along with the rosettes.

The week before our competition we went to a seminar called Rocket Relay; the team Rocket Relay are from Canada and are the current Canadian champions in both multi breed and open racing. They are one of the fastest teams and have amazing training techniques; they come over once in a while to share their techniques with us and our dogs. On the Sunday we had 3 dogs to work with the handlers, and all the dogs came away with useful skills and techniques which enhanced their performance in racing. We learnt a lot over that weekend which has been put into training and we are already seeing improvements.

At our competition we raced 3 teams, the first team were Extreme Racers which was missing one of their main dogs due to injury but still came away with third place with a pretty quick time. There were a few major achievements in that team, Rolo ran his first competition in positions other than first which is huge for this dog as he wouldn’t run any other way due to confidence. Darcie raced 4 competitions without spitting her ball once and held it on a rerun for the first time, and Josh who handled Spirit raced his third competition without putting a foot wrong. Both Spirit and Josh worked perfectly together.

Over all, the past few months have been busy with training, racing and fund raising with our dogs and teams. We will be working towards the indoor championships at the end of October soon….